It is actually quite hard to comprehend the events that have taken place between my post last weekend and today.  Here in the UK we have said goodbye to one Prime Minister and welcomed his replacement and then within the space of 48 hours we were saying a final farewell to our dearly beloved Queen.  I am deeply saddened by her passing.  Like many people in this Country I have never known another Head of State.  My thoughts go out to her family and especially to King Charles III who has some very big shoes to fill.  Long live the King. 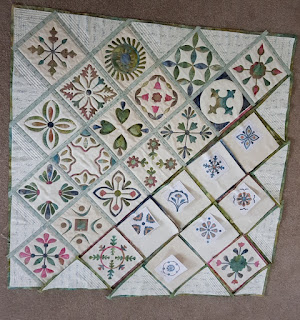 So, what have I been doing in my sewing room?  Well, at the beginning of the week when everything was 'normal' I spent most of the time I had in my sewing room auditioning the background and backing fabrics for the remaining 'tiles' in my Metro Tiles Quilt a pattern designed by The Gourmet Quilter. 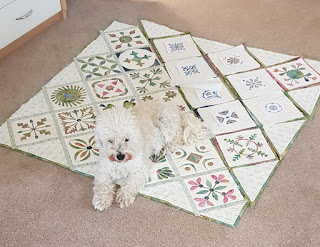 I also chose the appliqués for the final tiles by pinning photocopied pictures of them to the backgrounds I had chosen.  As you can see, I did have some help! 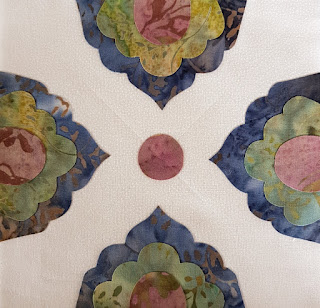 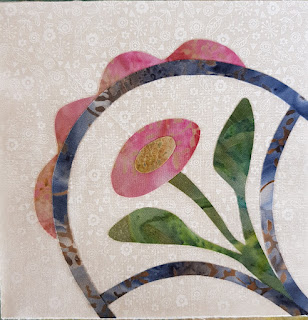 Then I set about tracing, fusing, cutting and fusing the shapes onto the backgrounds of the tiles. 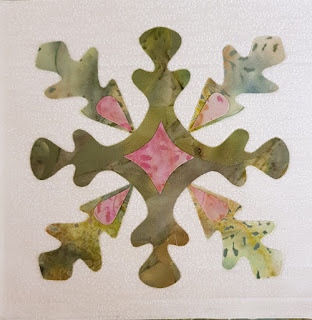 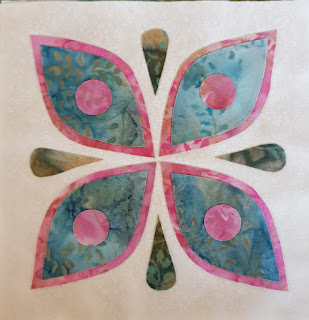 The eagle-eyed amongst you will notice that I didn't end up with quite the same selection of appliqués as those I had originally chosen.  Neither did the layout stay quite the same. 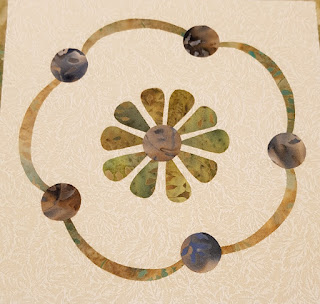 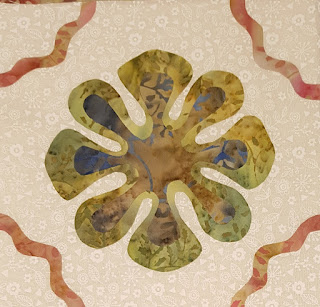 Once I had the shapes fused onto their backgrounds the order needed to re rearranged so that the more open designs and the more solid designs were more balanced throughout the quilt top. 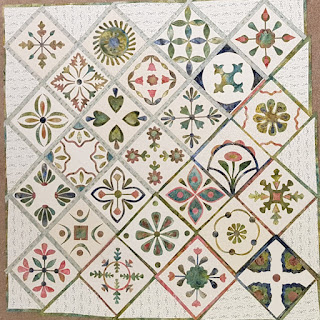 Then I had to decide whether I wanted to add a border or not.  I decided that I would like to if I could but I wasn't sure if I had enough of the overall background fabric that I used for the setting triangles.  I was one piece short but, I improvised, so if you look at the border very carefully you will see that one of the pieces has the fabric cut in a different direction to the rest.  This is not a mistake, just the only way I could stretch the fabric to make the border!  I am pleased that I have and I don't think it will notice too much!! 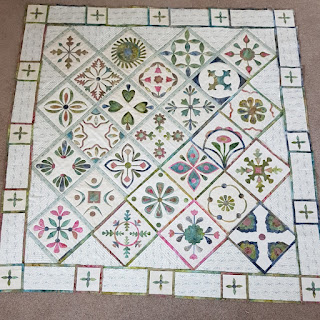 Anyway, the border appliqués were fused on Friday after we had had the news that the Queen had passed away.  It was a strange day marked by an overwhelming sense of loss.  Tracing, fusing, cutting and fusing all those tiny pieces was a tremendously calming and reflective activity on a day of great sadness. 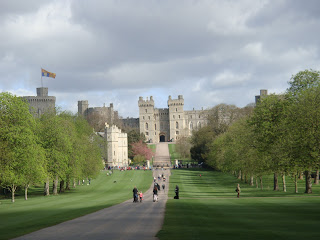 I lived in Windsor for a number of years.  I used to walk my dogs along the Long Walk (shown above) and I remember the excitement of state occasions. It was lovely to be able to walk through the town and see the pomp and ceremony.  Here are a few photos I took of one such occasion. 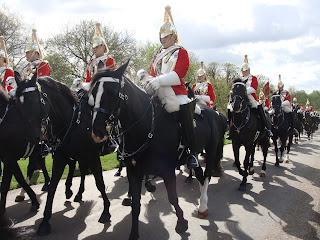 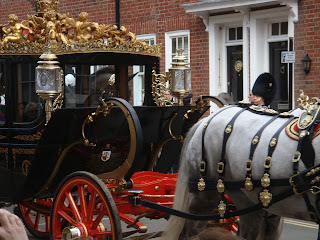 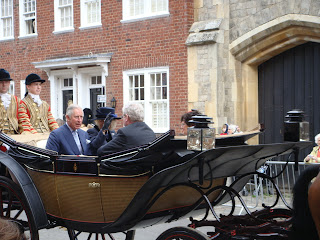 The Queen was in the first carriage although you can't see her very clearly.  I know the town (like the rest of the Country) will be in mourning now but it is there in St George's Chapel that Queen Elizabeth II will be laid to rest, may she rest in peace. 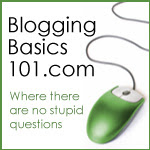